Director for all ASIC test developments at Bosch GmbH 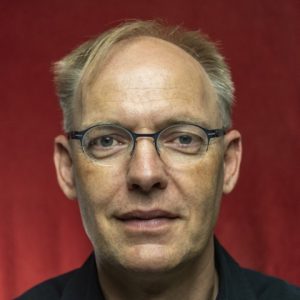 Dr. Jochen Müller joined Robert Bosch GmbH in 1996 and started in the technology area. He was head of the production wafer test facility of Bosch until he became director for all ASIC test developments within Robert Bosch’s semiconductor development in Reutlingen/Germany in 2012. His main focus is currently set to Bosch’s international test technology network. Prior to joining Robert Bosch GmbH, Jochen Müller got his PhD at University of Dortmund. He studied electrical engineering with key aspects on microelectronics. 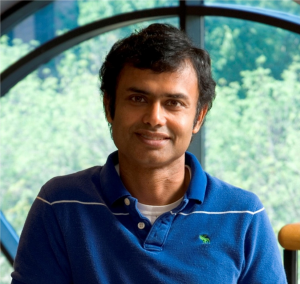 Dr. Kaushik Roy is the Edward G. Tiedemann, Jr., Distinguished Professor of Electrical and Computer Engineering at Purdue University. He received his PhD from University of Illinois at Urbana-Champaign in 1990 and joined the Semiconductor Process and Design Center of Texas Instruments, Dallas, where he worked for three years on FPGA architecture development and low-power circuit design. His current research focuses on cognitive algorithms, circuits and architecture for energy-efficient cognitive computing, computing models, and neuromorphic devices. Kaushik has supervised 75 PhD dissertations and his students are well placed in universities and industry. He is the co-author of two books on Low Power CMOS VLSI Design (John Wiley & McGraw Hill).

Dr. Kaushik Roy received B.Tech. degree in electronics and electrical communications engineering from the Indian Institute of Technology, Kharagpur, India, and Ph.D. degree from the electrical and computer engineering department of the University of Illinois at Urbana-Champaign in 1990. He was with the Semiconductor Process and Design Center of Texas Instruments, Dallas, where he worked on FPGA architecture development and low-power circuit design. He joined the electrical and computer engineering faculty at Purdue University, West Lafayette, IN, in 1993, where he is currently Edward G. Tiedemann Jr. Distinguished Professor. He also the director of the center for brain-inspired computing (C-BRIC) funded by SRC/DARPA. His research interests include neuromorphic and emerging computing models, neuro-mimetic devices, spintronics, device-circuit-algorithm co-design for nano-scale Silicon and non-Silicon technologies, and low-power electronics. Dr. Roy has published more than 700 papers in refereed journals and conferences, holds 18 patents, supervised 75 PhD dissertations, and is co-author of two books on Low Power CMOS VLSI Design (John Wiley & McGraw Hill). 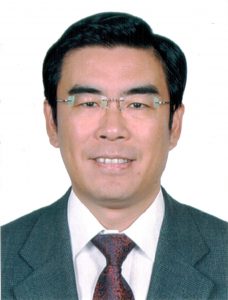 Prof. Wei received Master degree in Engineering from the Department of Radio and Electronics, Tsinghua University, Beijing, China in 1984 and Doctor degree in Applied Science in 1991 from the Laboratory of Electronics, Faculté Polytechnique de Mons (FPMs), Belgium and then became the assistant professor in the same laboratory. From 1989 to1991, he also worked as a research fellow in ARAMIS, Belgium. Dr. Wei returned to China in 1995. From 1998 to 2005, he worked for Datang Telecom Technology Co., Ltd. successively as Vice-President, President & CEO. He was the founder, President & CEO and Chairman of the Board of Datang Microelectronics Technology Co., Ltd. from 1996 to 2005. He was the CTO of Datang Telecom Industry Group from 2005 to 2006.

The research interests of Dr. Wei are VLSI design methodology, communication specific IC development, mobile computing and reconfigurable computing. He has published more than 200 papers and one book in above area.

Intel and the Intel logo are trademarks of Intel Corporation in the U.S. and/or other countries.